Today I am discussing the work involved and the benefits of keeping a flock of chickens in Backyard Chickens for Beginners.

At our city farmhouse we keep a flock of 6 chickens which technically are considered backyard chickens. But living in the city or country really doesn’t make a difference when it comes to keeping chickens. In fact, it’s one of the first things you can do to become more self sufficient on any property you own. Not that we are aiming towards self sufficiency here. However, it is nice to be able to live on any property and produce something from it that can benefit us.

It’s a huge misconception that chickens need a large area or that you can only keep them on a farm. Hence a portion of the title, backyard chickens.

As I mentioned, our property isn’t all that large and let me tell you, our farm is not a farm at all. We have just under a 1/3 of an acre and to be quite honest, it is a lot to handle with a large garden and even small animals for us. There is so much you can do right in the city limits that it really is mind blowing.

People are so creative and honestly can grow a tremendous amount of food from a small space. But that is entirely for a different post. Today we are keeping solely to the subject of chickens.

Like most things, I got them on a whim.

At the time I was thinking of getting 3 baby chicks from the local farm supply store. A thought I now have basically whenever spring rolls around and the bins at the supply store are filled with those fuzzy little cute chirping babies. Who can resist, right? But right around the time I was considering this a friend on Facebook had posted that she was rehoming her flock of 6.

I saw the post and initially thought it was far too much for me to take on. So naturally I called her and bought them. A part of my personality that I would say has served me well.

Within a matter of days, they were placed in my yard. Coop and all. I built them their run with a makeshift style door using a hollowed out peg from the hardware department and a tomato stake. Like any good homesteader, I repurposed spare fencing I had left over from a garden project.

Like most things, we were in it. Though to be completely honest I was nervous about the whole thing. I continuously peaked out the window, nervous they were gonna be a nuisance to the neighbors somehow or worse, a burden to me.

So here we are with 6 chickens and no roosters. I am not at the point of wanting to breed and raise meat birds. But that is a whole other side to this that could be very beneficial to some.

Each day they produce anywhere from 3 to 12 eggs for us. If your keeping count they are able to lay up to twice a day. Just yesterday I scooped up 12 of them out of the nesting bed. I also decided to keep a compost pile right inside the chicken run which has been a total genius thing to do.

First of all they love to scratch through it every single day so mixing the compost pile is not necessary! And let me just also add, when they are doing all this scratching about, they also leave their droppings in there to mix around too adding in a great nitrogen addition to the pile. They break down everything in a matter of days! It’s amazing!

Caring For Backyard Chickens For Beginners

Everyday of mine begins exactly the same way. Me headed out to the chicken coop to let the girls out of the coop, I feed them and check their water. In the evening, around nightfall, they go inside the coop on their own and I just pop on out there to shut the door behind them.

This protects them from predators while in their coop at night. But really all of this takes about 5 minutes of my time. I keep their food in a rubbermaid bin with a lid right outside the run to make things accessible.

About once a week I like to rake through the run to push the droppings to the compost pile in the corner. I also clean out their nesting bed by removing the straw and adding new. Another quick chore that seems to be over complicated on the internet. It consists of me taking a tray out and dumping it in my compost pile. Putting it back and just topping it with fresh bedding. A total of 10 minutes of work I’d say.

If you are worried about mites or parasites on your birds grab a bag of Diatomaceous Earth (food grade) and you can throw a few scoops of it in the run for them to scratch at and roll around in. It is extremely important that you use food grade Diatomaceous Earth as using the other sort is for pool maintenance and not to be used on animals. The chickens love to scratch and peck at it when I do this. This allows the birds to naturally care for themselves in the prevention of parasites. This is a great cost effective way to keep your birds free from mites.

This was one of the biggest worries I had about keeping backyard chickens. I had heard all sorts of terrible stories about them escaping, digging up garden beds and being impossible to catch. All of those stories are valid. But I have found that it all begins with proper fencing. I use a four foot tall fence to enclose the entire coop area. When I first got the chickens I also clipped their wings with a pair of scissors every 6 weeks or so. I actually found that cutting one side only was more effective.

However, what I noticed after having them a while was that, only two of them ever got out and when they did they immediately wanted back in the run. It was a rare occasion when this happened. Something to note is that when you raise a flock together they tend to not like to be separated. Something I will share more about later. Now that my girls are a couple years older, they are set in their ways and pretty much never try getting out. So I no longer find it necessary to clip their wings. It is my experience that younger birds and improper fencing are the causes of so many issues. If you know that upfront, then you can avoid those issues altogether.

The Benefits of Keeping Backyard Chickens For Beginners

For the work of a few minutes a day and giving up a small amount of space in your yard. You are rewarded with farm fresh eggs, compost helpers for the garden, and let me not forget to mention one of my favorite unexpected parts to all of this. The joy they give you.

Backyard chickens or chickens rather, are sweet creatures who come running towards you whenever they see you. They love snacks from the kitchen and even fresh weeds or grass as treats. I keep a bowl for veggie or meat scraps on my counter for them.

I love to hear them from my garden. Working away and announcing their eggs for the day.

They are curious, docile and social birds that love to be right next to one another.

I tried separating them one afternoon to help me churn up some weeds a short distance away from their yard. Well that idea went away quickly. When I noticed them trying to escape the new area and the chickens in the run equally trying to come to them. It was stressing them out to be separated even a few feet from one another. I grabbed up the frantic chickens and with hast returned them to their run.

Keeping backyard chickens has been one of the best additions to our city farmhouse and one that I hope you will consider adding to yours. I hope this post has been helpful.

Check Out More Favorites From The Farmhouse!

The World Went Crazy & Why You Should Keep a Garden

The Making of a Gardener

How to Make Compost 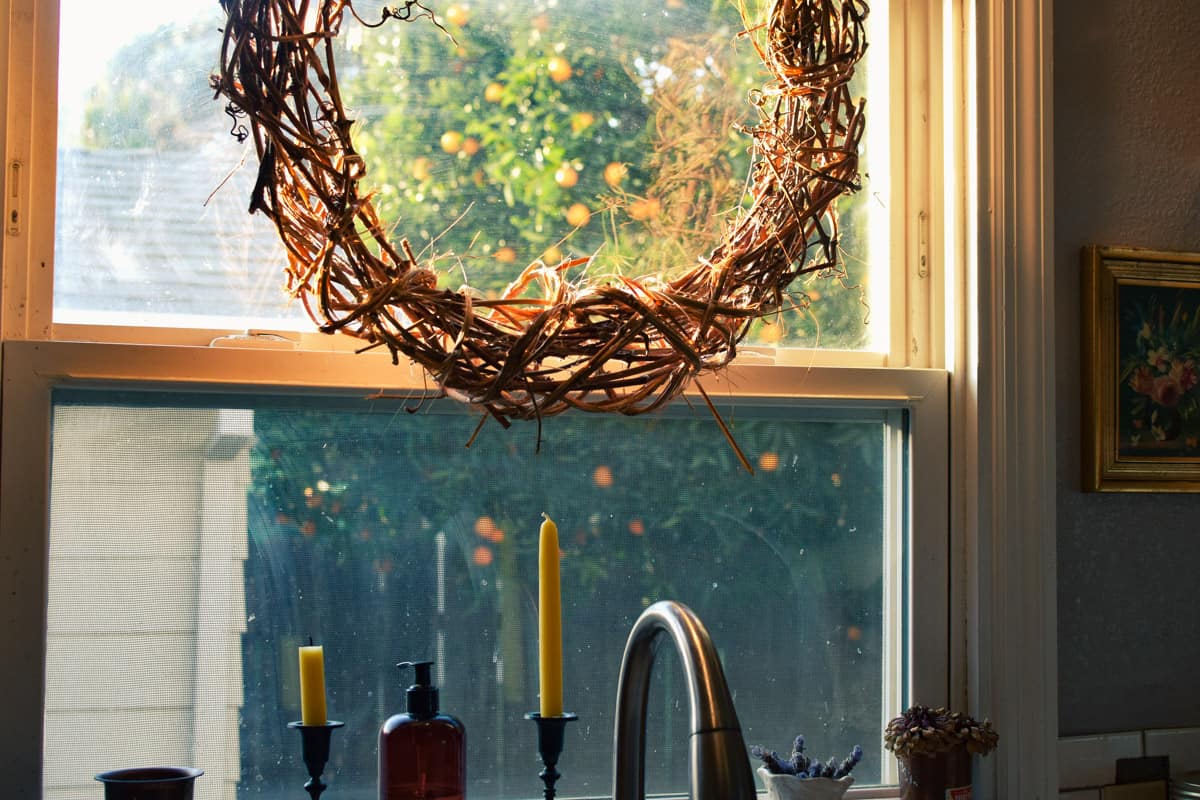 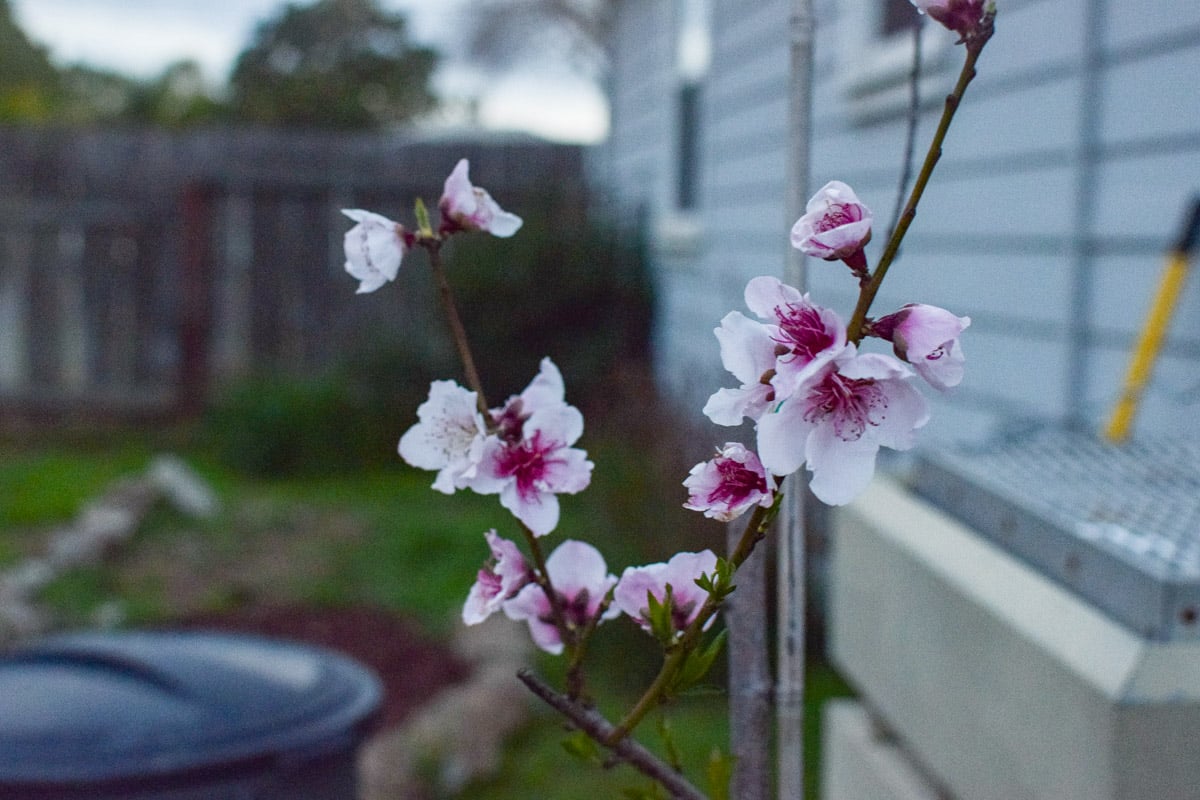 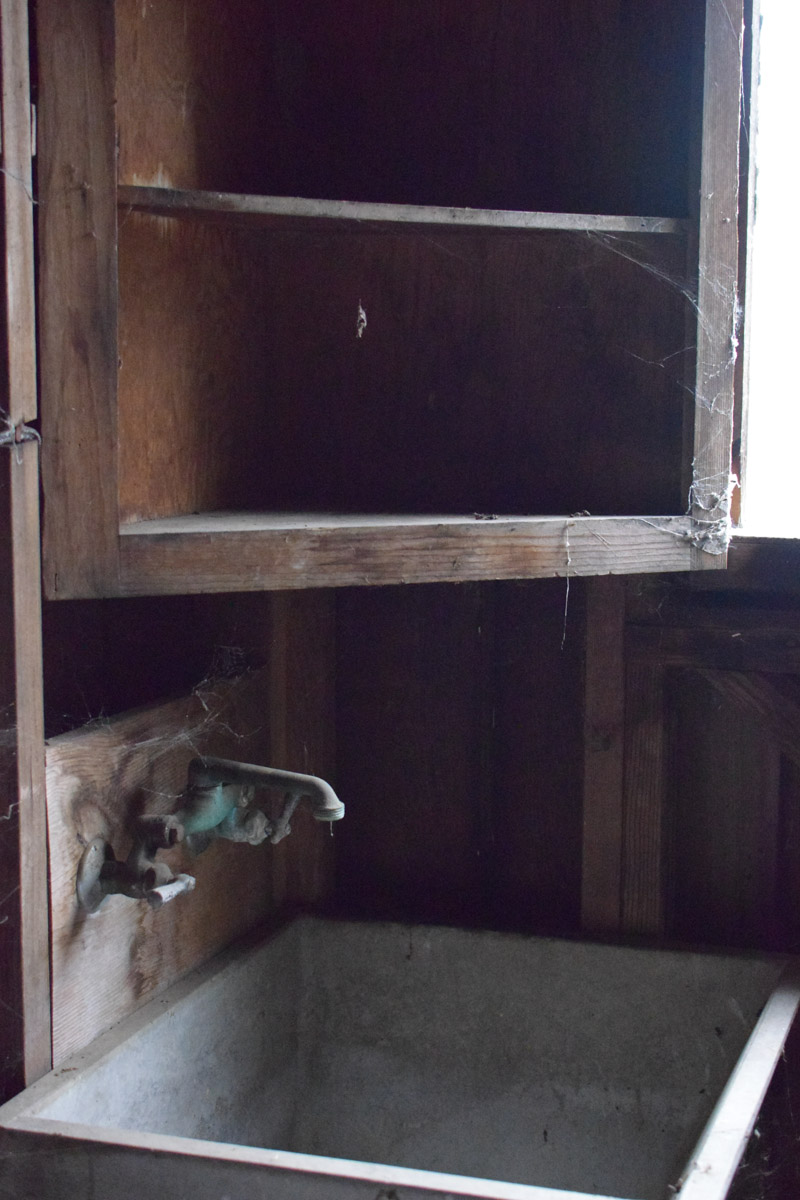 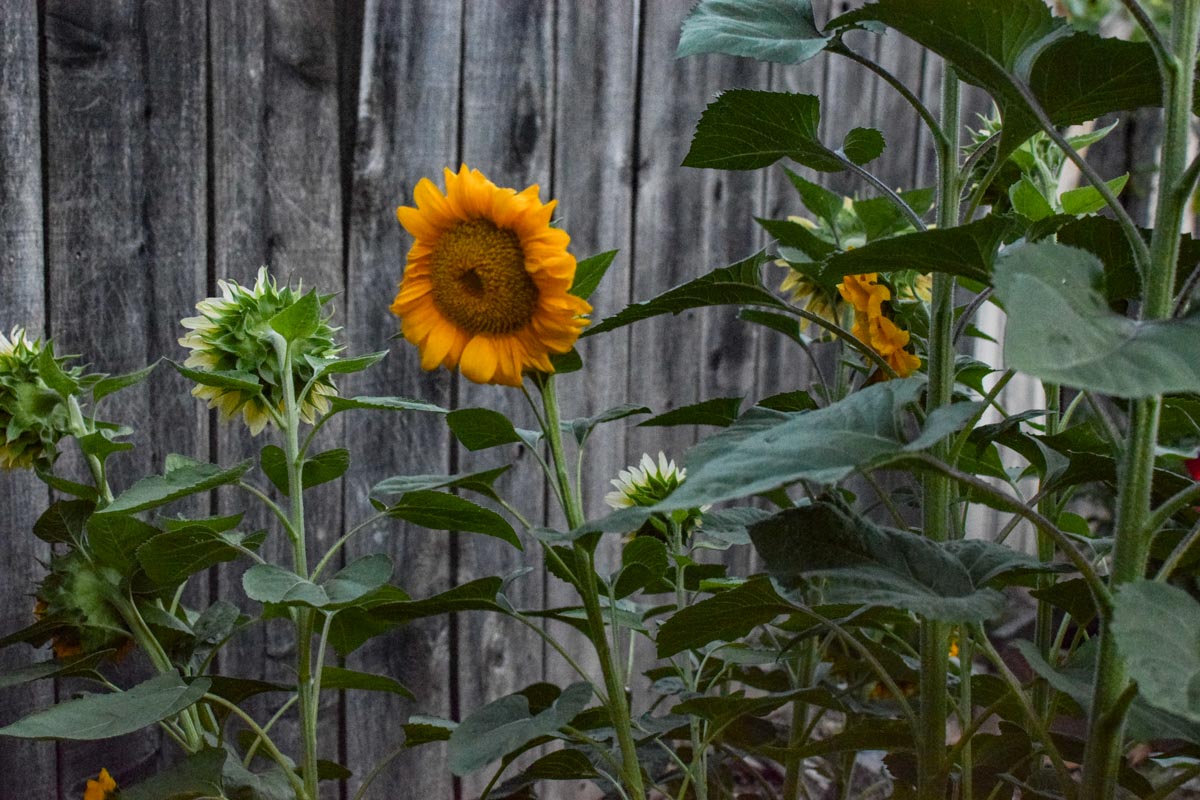 Welcome to A Quaint Life! 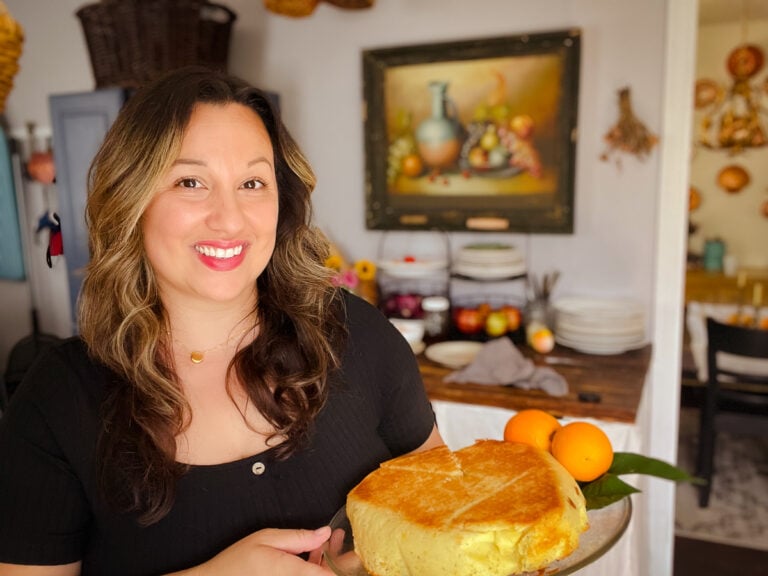 Hi, I am Roxanna and I am so glad you are here!  Join me as I share in the beauty of everyday living. I invite you to grab a cup of coffee or tea and explore ways to create a beautiful lifestyle within your home. Here you can find all sorts of homemaking and simple living inspiration, scratch recipes, and items for the home. I hope you stick around for a while.

Disclaimer:This post may contain affiliate links, which means I may receive commissions if you choose to purchase through links I provide (at no cost to you). Thank you for supporting the work I put into this site! You can read my full disclosure and privacy policy here

We use cookies on our website to give you the most relevant experience by remembering your preferences and repeat visits. By clicking “Accept”, you consent to the use of ALL the cookies.
Do not sell my personal information.
Cookie SettingsAccept
Manage consent

This website uses cookies to improve your experience while you navigate through the website. Out of these, the cookies that are categorized as necessary are stored on your browser as they are essential for the working of basic functionalities of the website. We also use third-party cookies that help us analyze and understand how you use this website. These cookies will be stored in your browser only with your consent. You also have the option to opt-out of these cookies. But opting out of some of these cookies may affect your browsing experience.
Necessary Always Enabled
Necessary cookies are absolutely essential for the website to function properly. These cookies ensure basic functionalities and security features of the website, anonymously.
Functional
Functional cookies help to perform certain functionalities like sharing the content of the website on social media platforms, collect feedbacks, and other third-party features.
Performance
Performance cookies are used to understand and analyze the key performance indexes of the website which helps in delivering a better user experience for the visitors.
Analytics
Analytical cookies are used to understand how visitors interact with the website. These cookies help provide information on metrics the number of visitors, bounce rate, traffic source, etc.
Advertisement
Advertisement cookies are used to provide visitors with relevant ads and marketing campaigns. These cookies track visitors across websites and collect information to provide customized ads.
Others
Other uncategorized cookies are those that are being analyzed and have not been classified into a category as yet.
SAVE & ACCEPT