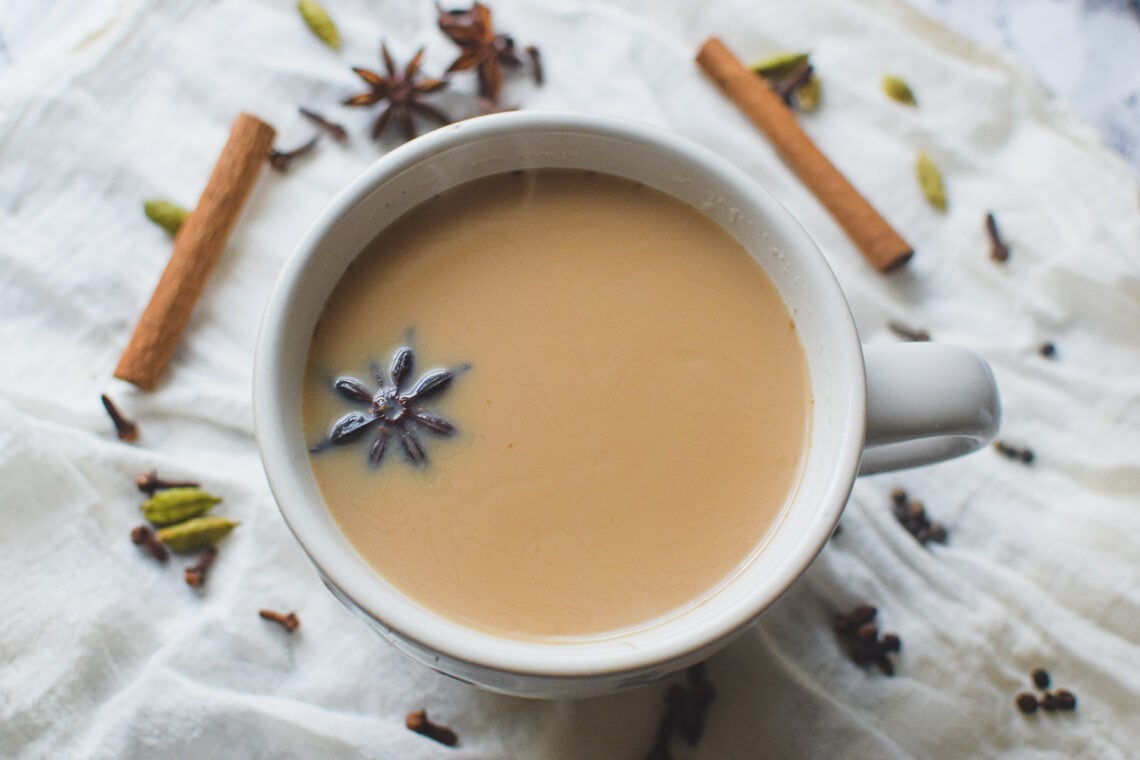 This Homemade Chai Tea is a blend of spices simmered with black tea, milk, and sweetener. Creating the perfect cup of tea for a chilly day.

There is nothing like a good cup of hot chai tea on a blustery day. Especially those days when you can see your breath in the cold air. You know the ones. Those days are coming sooner rather than later, aren’t they?

Entering the house to a bubbling pot of this Homemade Easy Chai Tea is comforting and the aroma of the spices create an inviting scent. It immediately warms you not just from the heat of the tea itself but with those warm spices used to create this delicious cup of tea.

Years ago I was introduced to chai tea through a friend who frequented Indian restaurants. Not only had I not eaten Indian food in my life to that point. But I was also missing out on the wonders of a good cup of chai tea. During our lunches, she would order a cup of tea after the meal.

Always a slight change in spices used at the various restaurants we frequented. But still that same creamy, spices, and black tea blend as the basis. I began ordering them myself at different restaurants and coffee houses around our city. Noticing that each cup had a subtle taste difference. But all of them offered warmth and a burst of flavor different than any tea I have had prior.

What is Chai Tea?

Doing a quick search for chai tea on the internet can have you a bit confused as to the many types of teas one might be referring to when mentioning the word chai. For this recipe, we are making masala chai tea. An Indian tea brewed with spices, milk, and sweetener.

In the US, chai tea has become quite a popular “flavored” tea often found in coffee and tea houses around the country. Generally speaking, it is found with subtle notes of cardamom and cinnamon, although chai tea is made with various spices worldwide. It is true that the spices used vary by whoever is preparing the chai tea.

In India, tea is a way of life and chia tea is their regular way to make tea. So it is not a flavored tea there but the way to make tea. In fact, the word chai in Hindi is tea. So essentially when we are saying chai tea, what we are actually saying is”tea tea“. Sort of weird once you realize that.

There it is offered by tea carts, restaurants, and shops all over. Chai tea is a staple tea brewed daily in most households in India.

However, the same rules apply to preparing any good cup of it. Namely properly simmering the right spices with black tea and adding cream along with a touch of sweetener while it simmers. These subtle but important steps are what make this tea so unique. Simply boiling a pot of water and steeping the spices in a tea bag won’t do. The spices need to simmer in a pot and blend to create the right touch for this tea. As does the milk and sweetener.

For this recipe, we are going to use very traditional spices to flavor this Homemade Easy Chai Tea. Creating a meld of spices that blend well together. Creating a warm flavorful, mildly sweet cup of traditional chai tea. Though it might seem complicated, this Homemade Easy Chai Tea really is a simple process and one you will get right the first time.

Ginger– a warm but slightly pungent and spicy aroma

Cinnamon– a sweet and woodsy flavor with a slight spiciness

Milk– whole milk to add creaminess to the tea

Sweetener– for this Homemade Easy Chai Tea, I love using honey as my sweetener. Honey adds a subtle sweetness perfect for the spices used. It is also a great alternative to sugar. However, sugar is traditionally used in chai tea. This recipe includes both options.

*Disclaimer: This post may contain affiliate links, which means I may receive commissions if you choose to purchase through the links I provide (at no cost to you).

Can I use green tea as opposed to black for chai tea?

You can. In fact, many households in India prefer using green tea over black for their chai teas.

Can I still make chai tea missing a spice?

Yes, you absolutely can. Many people simmer in just a few spices. The most common to use are cinnamon and cardamom. You can make a good cup just using both of those. I would make sure to use both cinnamon sticks if doing so and possibly another pod of cardamom. That way you have enough spice to your cup of tea.

What You Will Need To Make It

In a medium sauce pot begin heating the water, and spices. When simmering, about the 5 minute point, add the two tea bags to the pot.

Allow the tea to steep into the simmering water, another 2-3 minutes.

Pour in the milk and add the sweetener. Give the pot a stir to ensure the sweetener has blended in. Allow the tea to simmer until foamy. About 2-3 minutes of simmering.

When ready, remove from the heat. Place a strainer over each teacup or over a bowl to strain out the spices.

Serve immediately. This makes enough for 4 cups of chai tea.

Check Out More Favorites From The Farmhouse!

If you try this recipe and love it, I would appreciate you coming back to give it 5 stars! Tag me on Instagram @rox_aquaintlife 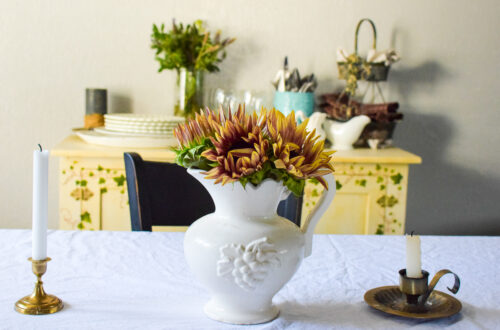 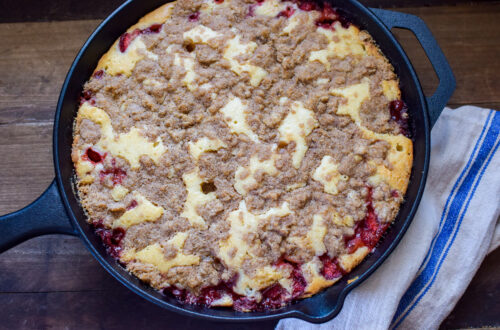 Hello! I am Roxanna 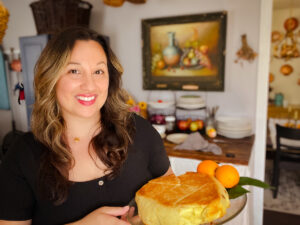 I am so glad you are here!  Join me as I share in the beauty of everyday life. I invite you to grab a cup of coffee or tea while I share my heart for home with you. Here you will find homemaking inspiration, simple living appreciation, recipes, and natural handmade items for your home.

Disclaimer:This post may contain affiliate links, which means I may receive commissions if you choose to purchase through links I provide (at no cost to you). Thank you for supporting the work I put into this site! You can read my full disclosure and privacy policy here

We use cookies on our website to give you the most relevant experience by remembering your preferences and repeat visits. By clicking “Accept”, you consent to the use of ALL the cookies.
Do not sell my personal information.
Cookie SettingsAccept
Manage consent

This website uses cookies to improve your experience while you navigate through the website. Out of these, the cookies that are categorized as necessary are stored on your browser as they are essential for the working of basic functionalities of the website. We also use third-party cookies that help us analyze and understand how you use this website. These cookies will be stored in your browser only with your consent. You also have the option to opt-out of these cookies. But opting out of some of these cookies may affect your browsing experience.
Necessary Always Enabled
Necessary cookies are absolutely essential for the website to function properly. These cookies ensure basic functionalities and security features of the website, anonymously.
Functional
Functional cookies help to perform certain functionalities like sharing the content of the website on social media platforms, collect feedbacks, and other third-party features.
Performance
Performance cookies are used to understand and analyze the key performance indexes of the website which helps in delivering a better user experience for the visitors.
Analytics
Analytical cookies are used to understand how visitors interact with the website. These cookies help provide information on metrics the number of visitors, bounce rate, traffic source, etc.
Advertisement
Advertisement cookies are used to provide visitors with relevant ads and marketing campaigns. These cookies track visitors across websites and collect information to provide customized ads.
Others
Other uncategorized cookies are those that are being analyzed and have not been classified into a category as yet.
SAVE & ACCEPT
Skip to Recipe